Welcome to The Law Offices of Steven Mitchell Sack

Enforcing the workplace rights of thousands of employees, executives and sales reps for more than 39 years. 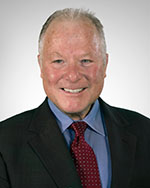 Steven Mitchell Sack, “The Employee’s Lawyer,” has been enforcing the workplace rights of employees, executives, and sales representatives for 37 years. He represents workers who have been terminated, face discrimination and harassment because of their race, gender or sexual orientation, or who have been denied their earned wages. He consults clients throughout their employment, from the interview process to the negotiation of severance and financial compensation packages for outgoing and terminated employees and executives.

A Phi Beta Kappa graduate of SUNY at Stony Brook and Boston College Law School, Mr. Sack maintains private law practices handling labor and employment matters in New York City and Garden City, Long Island. With The Employee Rights Handbook, he has created a “first-aid kit” for employees, giving current and prospective employees the information to understand their job rights, and protect and assert themselves to collect what is due.

His interest in employment law began at an early age. Mr. Sack’s father was a salesperson whose profession required him to travel extensively in order to build a customer base in the mid-Atlantic region. Mr. Sack noticed that when his father and his colleagues finally established their customer bases at great effort and expense, the companies would fire them unilaterally without paying commissions they justly earned. This drove him to become an attorney and represent salespeople in breach-of-contract and commission disputes.

In a significant legal case decided in September 2015, he served as plaintiffs’ counsel for three women who were wrongfully terminated when their employer discovered that they were pregnant and successfully obtained a $6.2 million jury verdict in Bronx Supreme Court. Additionally, Mr. Sack obtained a favorable decision for waiters who were denied tips, thus making it harder for restaurants and caterers to keep gratuities intended for their wait staffs. The New York Court of Appeals case was Samiento v. World Yacht, Inc. 10 N.Y.3d 70 (2008).

As a practicing attorney, author of 19 books, lecturer, syndicated radio host and legal expert for newspaper stories and local and national talk shows, Mr. Sack is driven to empower and be an advocate for workers as they navigate the volatile job market and economy. He serves as general counsel for eight national sales rep associations. He was a recipient of the Long Island Business News Leadership in Law Award in 2012 and 2015 in the category of Sole Practitioner.

The following is a brief description of his background and accomplishments.

The Employee Rights Handbook:
The Essential Guide for People on The Job
(Warner Books, 2000)

Getting Fired:
What to Do If You’re Fired, Downsized, Laid off, Restructured, Discharged, Terminated, Or Forced to Resign
(Warner Books, 1999)

From Hiring to Firing:
The Legal Survival Guide For Employers in the 90’s
(Legal Strategies Inc., 1995)

Served as a commercial arbitrator in breach of contract, entertainment and employment-related disputes for the American Arbitration Association from 1984-1996.

Mr. Sack conducts corporate seminars for sales reps and companies throughout the U.S.

Steven Mitchell Sack is engaged in this capacity by law firms throughout the U.S.

Hosted a nationally syndicated radio talk show Steven Sack, The Employee’s Lawyer® on Sundays 9-12 p.m. eastern standard time through the i.e. america radio network from 1999-2004. Recently hosted a show on The Talk of New York (970 AM).

Serves as a consultant to Findlaw.com, a leading legal internet web site and The Sales Rep Advisor, a monthly legal, financial and business newsletter.

Has been accepted for panel membership and receives labor and employment referrals from the New York City Legal Referral Service since 1985.

What’s Happening at The Law Offices of Steven Mitchell Sack

“I am writing you to thank you for writing the book 'Getting Fired.' Due to what I learned in your book I was able to leave my former position with a generous severance package.”

"Mr. Sack was extremely precise, professional, kept to a time line, and always called when he said he would. He was also very supportive and reassuring. He offered a lot of help during this difficult time one experiences when they have lost their job. I would highly recommend him to anyone with a need for an employee’s lawyer."

"I wanted to express my sincere thanks for the work you did on my behalf. I know it wasn’t easy. Now that I have made the decision to pursue a greater compensation through litigation, if necessary, I feel much better. Thank you once again for making this whole experience more bearable.”

Mr. Sack answered every phone call, text message and email that I sent to him giving me assurance that I was in 'good hands' and I couldn't agree with that statement more. He is an exceptional attorney and I recommend that you contact him immediately if you're ever in the same situation I was in."

“Steven extended an outstanding effort, and effective service, which resolved a complex matter with an ex-employer. I can't imagine having better attorney services than Steven.”

“Mr. Sack was phenomenal. He was extremely clear, helpful, and realistic but at the same time energizing, very hardworking and fast. He gave me strength to keep going when I wanted to collapse and hide.”

Outstanding! A lawyer with human compassion.
“Steven was always made himself available to speak to me at any given time. Whenever, I had doubts or a question Steven gave me moral and professional support."

A Master at his Legal Craft!
“Steven Mitchell Sack is the best Employment and Labor lawyer in New York City. As a successful business owner for the past 33 years, I have hired him for different cases.”

© Copyright 2022. The Law Offices of Steven Mitchell Sack. Attorney Advertising. All Rights Reserved.
The information presented in this site should not be construed to be formal legal advice, nor the formation of a lawyer/client relationship.
Prior results do not guarantee a similar outcome.
Website designed and maintained by PR4Lawyers.

DO I HAVE A CASE?

Do I Have a Case?

Fill out the form below and we’ll be in touch soon.